EA-MN is dedicated to maintaining a safe, healthy environment for everyone that we serve.Learn more
X 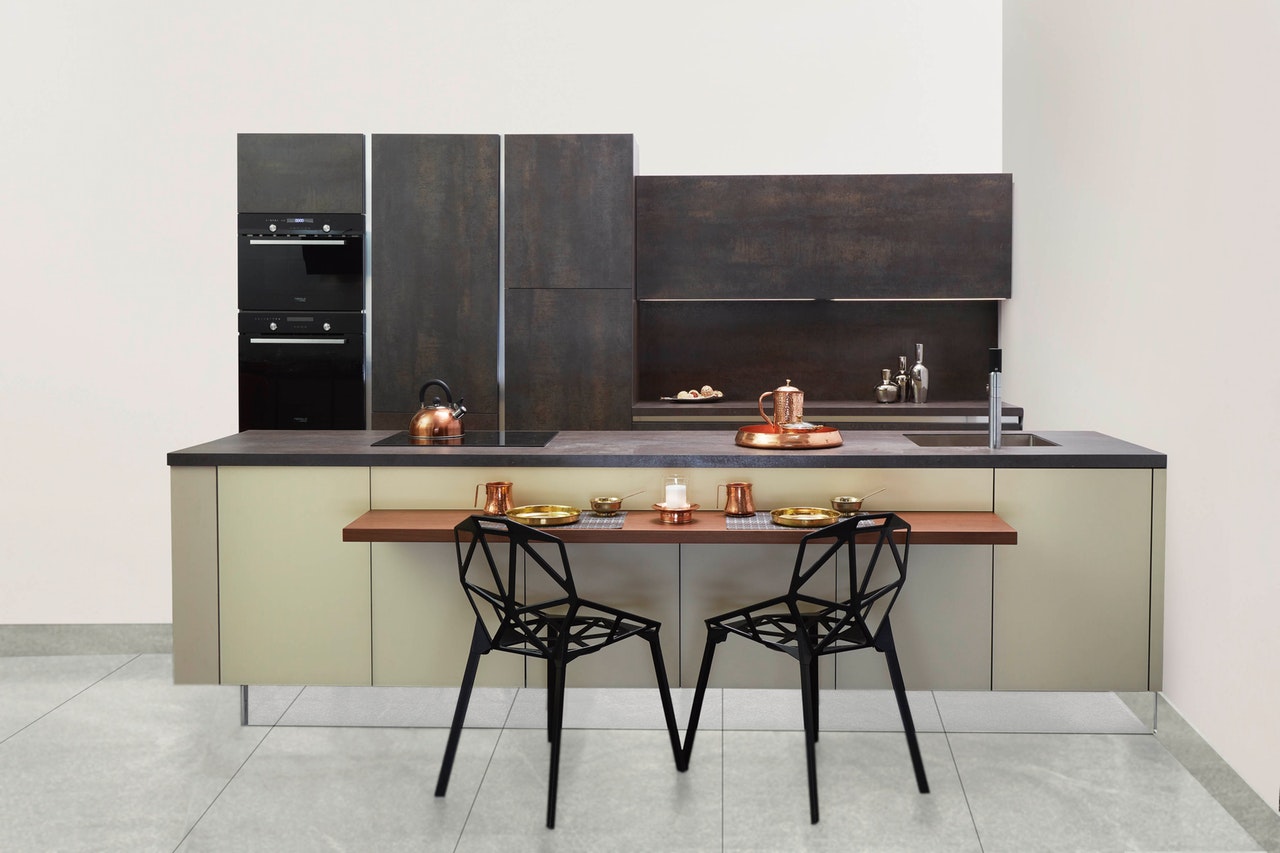 During the 2014-15 school year, the Equity Alliance MN Youth Executive Board identified that they were not being represented in their curriculum at school and wanted to address this gap. In their research, YEB discovered that learning about the Secret War was a U.S. History benchmark in the Minnesota State Standards.

In 2015 – 2016 YEB continued work on being represented in their curriculum at school and having absent narratives taught. Equity Alliance MN received grants from Youthprise and the Minnesota Humanities Center to with local artists to co-create performing arts pieces to educate people on various perspectives of the Secret War and Civil Rights Movement.

9.4.4.22.4. Analyze the causes and effects of the United States Secret War in Laos and how Hmong allies were impacted as a result of their involvement in this war.

9.4.4.22.6 Identify obstacles to the success of the various civil rights movements; explain tactics used to overcome the obstacles and the role of key leaders and groups

9.4.4.22.7 Evaluate the legacy and lasting effects of the various civil rights movements of the 1960s and 70s; explain their connections to current events and concerns

The Secret War began in 1935 and ended in 1975. The French had lost control over their colonies in Southeastern Asia, which were backed by the Chinese communists in Northern Vietnam and the United States of America in Southern Vietnam. During the Vietnam War, Laos decided to be neutral with negotiators in Geneva, Switzerland. The sudden takeover of governmental power led to more political instability in Laos, especially Vientiane. This instability ultimately led to the agreement made by John F. Kennedy to allow the recruitment of a group of people living in the mountains, known as the Hmong, to assist U.S. troops. This was the beginning of what is known as the Secret War.

The recruitment included many young men and boys, but it also included one of the most important figures in the Secret War, General Vang Pao. Vang fought alongside the American troops and became a well-respected general. By the end of the Secret War, there had been roughly 40,000 Hmong soldiers killed in combat. The Laotian monarchy had been overthrown by communists, and the Hmong people who had sided with the Americans were persecuted. Many of the Hmong escaped to Thailand, while others immigrated to the United States. The war had finished, but the Hmong were still being chased throughout the jungles of Laos. Today, 260,000 Hmong people live in the United States of America. The war ended roughly 40 years ago, but the scars that Hmong and American people hold in their hearts have not yet healed.

Mentoring civil rights leaders such as Malcolm X and Martin Luther King, Jr., she was lovingly referred to as “Fundi”. Fundi was behind the scenes of many campaigns and prominent organizations such as SNCC (Student Nonviolent Coordinating Committee), In Friendship, and Crusade for Citizenship, which advocated for civil rights. She also encouraged individuals to create change themselves, and her influence has had  lasting effect today.

Norfolk’s segregated neighborhoods; Baker family’s socioeconomic position
Stories Baker heard about slavery​
Role of church in Baker family’s life and its influence on her later activism
Shaw prepares Baker for her later activism
Becoming involved with the NAACP
​​​Experiences as a woman working for the NAACP
Reasons for leaving the NAACP
Involvement in Harlem’s school desegregation
Helping found the Southern Christian Leadership Conference
Helping found the Student Nonviolent Coordinating Committee
SNCC separates from SCLC
She inspires a whole generation of young activists
She was a champion behind the scenes ​

In order to address the problems that Native American people faced, the AIM organization created programs and supported events such as Alcatraz and the 1973 Wounded Knee occupation. Gladys Bissonette, an Oglala Lakota elder from the Pine Ridge Reservation, asked AIM for their involved, drawing AIM to help with the conflict. Wounded Knee included a 71-day siege that ended in a Minnesota court trial that lasted eight months. The occupation attracted much national attention and involved activists such as Native American singer-songwriter Buffy Sainte-Marie.

The Asian American Civil Rights Movement progressively formed as American society began to discriminate against different Asian ethnic groups. The bombing of Pearl Harbor and WWII created tension within the U.S., and Japanese Americans paid the price for something they didn’t do. After the attack on Pearl Harbor, President Franklin Delano Roosevelt (FDR) gave Executive Order 9066 (Feb. 19, 1942), which encouraged officials at all levels of the federal government to authorize the internment of tens of thousands of Americans of Japanese ancestry. This caused many Japanese American citizens, and other Asian American citizens who were falsely identified, to lose everything they had and move into concentration camps.

​Two and a half years after signing Executive Order 9066, FDR rescinded the order, freeing the Japanese Americans. With the freedom, the Japanese Americans were finally granted came the struggles of starting over, as everything they owned was taken and long gone. Even after the Japanese internment camps shut down, the movement continued to grow. As a result of the Korean War and the Vietnam War, people began discriminating against all Asian ethnicities, such as Chinese, Japanese, Koreans, Vietnamese, etc.

In the Asian American Civil Rights Movement, there are many activities and activist groups who helped and are helping to defend equal civil and human rights for all Americans:Fred Korematsu, a Japanese American citizen who went so far as to change his physical features to look more American, pursued a lawsuit about the Japanese internment camps’ legality because they were support by lies and suppressed evidence. Yuri Kochiyama is a Japanese American and founder of the modern day Asian American movement — protesting the Vietnam War and the spread of anti-American prejudice from WWII and the Korean War.Karen Korematsu, daughter of Fred Korematsu, shared a passion with father for social justice and is the founder of the Fred Korematsu Civil Rights Fund.Mike Masaoka, leader of the Japanese American Citizens League, was one of the witnesses to testify in the wake of Executive Order 9066.Philip Vera Cruz, a Filipino American labor leader and farm worker, was one of the leaders in the Asian American Movement. Cruz helped lead the Delano Grape Strike, which later created the United Farm Workers Union.Asian Law Caucus (ALC), later known as the Asian American Advancing Justice Center (AAJC), provided key support to re-open Korematsu’s lawsuit in 1983.The Oriental Student Union helped kick start local Asian American student movements by combining direct action tactics with ideologies.The Third World Liberation Front (TWLF) are African American, Asian American, Chicano and Native American students who led student strikes demanding the establishment of Third World colleges comprised of departments of Asian American, African American, Chicano and Native American Studies.

The term ‘Chicano’ was historically used in a derogatory manner, but through the movement, the Mexican-American youth turned it into a politically charged term to recognize their cultural heritage. The Chicano Movement of the late 1960s and the 1970s was a cultural, political, and civil rights movement that was highly motivated by Chicano youth. The movement was influenced by issues regarding land ownership, farm worker’s rights, educational opportunities, and racial prejudice, and with the encouragement of prominent youth voices, the movement became centered around the need for Chicano representation in leadership roles in their communities.

The Chicano’s role in the civil rights movement involved many great leaders, although many of their stories have been under-represented or untold in our public school systems. Our goal is to shine some light on other leaders of the Chicano movement to show their impact on the movement as a whole. We have based much our play on Rodolfo “Corky” Gonzales’s poem, “I Am Joaquin.” Through his writing, he expresses the struggles that Latin people faced in adapting to the culture in the United States, and how they came to be identified as Chicago.

Our play begins through the lens of teacher Salvador Castro. Castro played a very critical role in the Chicano movement. He was a former teacher who led students in a march to gain their educational rights. Castro felt that it was extremely important for Chicano students to obtain an equitable education in the United States.

We then move to the story of Luz Gutierrez, a prominent figure who worked to advance the political interests of Chicanas during the Chicano movement.

(n.) Feminism: the doctrine advocating social, political, and all other rights of women equal to those of men.

Throughout history, women have fought, clawed, and championed to be treated equally. Rights should already belong to women, but there have been, and still are, countless efforts established to take them away. The official beginning of the Women’s Rights Movement, often referred to as “first wave feminism,” was marked by the 1848 Seneca Falls Women’s Convention and its resolutions calling for women’s suffrage (the right to vote.) It was believed that women needed the right to vote in order to obtain other rights.

From the first wave of the Women’s Rights Movement, which ended when women gained the right to vote in 1920, through second wave feminism, which began in the 1960s, women’s movements in the United States have been strongly linked to the struggles for African American civil rights.

The second wave feminism broadened the debate to a wider range of issues: family, the workplace, reproductive rights, inequalities that exist in social practice, and official legal inequalities. The movement drew attention to domestic violence, rape issues, college accessibility, employment within various professions, and equal pay in the workplace. The “glass ceiling” was the creation of a transparent barrier built to prevent advancement of women within the workplace.

The 1964 Civil Rights Act, which prohibited sex discrimination, was particularly important to this movement. It wasn’t long before young women began forming their own “women’s liberation” organizations to address their role and status within these progressive movements and within society at large. Women’s efforts on this planet are immeasurable, yet in mainstream society their accomplishments are depicted as “weak” and “petite”.

Get the latest about Equity Alliance MN events, services, and latest news.